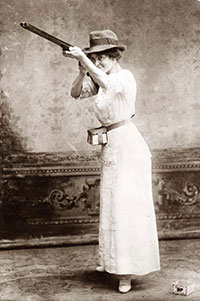 The WTA Trophy history was initially created by Glen Grabski. Glen coordinated with Cheryl Demulling to fill the missing information to get to the product we have today. Cheryl Demulling has kept the list up to date for the last several years. Please thank Glen and Cheryl for their hard work in creating and maintaining this information. Trophy History – 1975-2015

The ATA has a special award for people who have demonstrated an individual skill level above their fellow shooters. The ATA Grand Slam is achieved when a shooter completes the final discipline, of the three shooting events: 200 straight in a 200-Target Singles Event, 100 straight in Handicap from the 27-yard mark, 100 straight in Doubles. We have compiled an extract of the Wisconsin shooters who have made this list: ATA Grand Slam Extract

The WTA also maintains a special list for shooters who have demonstrated a unique skill level. The award level are AA-27-AA and AAA-27-AAA. Congratulations to all the listed shooters.

John Atkielski has provided a copy of the 1974 Wisconsin State Shoot Program. Thank you John!. Look at the cost of shooting and options. Where did they go?

Gordon Horigan has provided a copy of the Sportsmen’s Review from April 10, 1948. Sportsmen’s Review was the official publication of the ATA. Today it is Trap and Field. Please take some time to view the historic photographs and information. Thank you, Gordon, for providing this look back in time.

Gordon Horigan also provided a 1937 issue of Shooting Holidays for your review. Thank you again Gordon!

In 1914, the results from the Wisconsin State Shoot were published in Sporting Life. The scores and names start near the bottom of the 2nd column. You may have to zoom in to 200% to read the names.